This case for traffic system reform asserts the equal right of all road-users to co-exist in peace on roads free of disruptive, anti-social traffic control.

With over 20,000 humans killed or hurt on our roads every year – many of them children – the current system can hardly claim to be a success. We complain about the traffic and blame other drivers, but could the real problem be the system itself?

Traffic lights take our eyes off the road, a recipe for danger. They make us stop when we could go, a recipe for rage. They cost the earth to install and run.

What happens when lights are out of action and we are free to use our own judgement? We approach carefully and filter sociably. As courtesy thrives, congestion dissolves.

Traffic lights are the most visible symbol of a dysfunctional system. The system is based on a bad idea – priority. Priority imposes unequal rights-of-way. It licenses main road drivers to neglect other road-users, regardless who was there first. “Get out of my way!” yells priority, as it denies infinite filtering opportunities and expressions of empathy.

Why do we “need” traffic lights? To break the priority streams of traffic so others can cross. Thus is most traffic control an expensive exercise in self-defeat, a vain bid to solve the problem of priority.

The idea that traffic lights ensure safety is a myth. Westminster City Council’s safety audit shows that 44% of personal injury “accidents” occurr at traffic lights. How many of the remainder are due to priority? Compiled in the context of priority, the stats don’t tell us.

As a basis for road-user relationships, priority is a disaster. It is responsible for untold injustice and harm.

The biggest indictment of the current system? It puts the onus on the child to beware the motorist. It could and should be the other way round. How can a toddler tell the difference between a grey pavement and a grey road? Making toddlers learn age-inappropriate road safety drill to help them survive on roads made lethal by the system itself amounts to state-sponsored child abuse.

Most “accidents” are not accidents. They are events contrived by the rules and design of the road. As I explained years ago in an (unanswered) email to Lord Robertson, head of the UN’s Decade of Road Safety: “as long as priority grants unequal rights based on status of road or direction of travel, as distinct from time of arrival, roads will be intrinsically dangerous. Until that fundamental inequality is addressed, everything else is window-dressing.”

They say our personalities change when we get behind a wheel. No, the reason we see red is because we become subject to a barrage of regulation that usurps our judgement and treats us like idiots.

Who is the better judge of when, or what speed to go – you and me at the time and the place, or lights and limits fixed by absent regulators?

The anti-social system of priority puts us at odds with each other and our surroundings. It sets the stage for conflict, and creates a culture of fear.

The answer is to change the basic rule of the road from priority – a traffic engineering construct – to equality – a social model. Equality sets the stage for cooperation. It creates a culture of care.

A system based on equality removes the “need” for most traffic control, and the need for speed, allowing all road-users to use commonsense and common courtesy to filter more or less in turn, and merge in harmony. 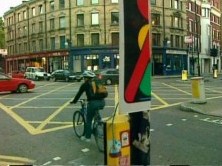 “After you,” says equality, as it stimulates empathy. Now drivers see pedestrians as fellow road-users rather than obstacles in the way of the next light. This is no novelty effect, as shown by our lights-off trial in Portishead which went permanent after journey times fell by over half with no loss of safety. In Poynton, accidents simply stopped happening.

It works on a macro scale too, e.g. during power cuts across London in 2007 and 2008 when, free of vexatious traffic control, congestion vanished into thin air.

In the absence of a bridge, underpass or flyover, let all junctions – and streets and roads for that matter – be all-way give-ways. S/he who arrives first, on foot or on wheels, goes first, more or less. It’s that simple. No high-cost technology or mean-spirited enforcement is required. It would transform road safety and air quality, and free up tens of billions squandered on traffic control for constructive use elsewhere.

Traffic engineers and policymakers like us to think we need their interventions to keep us safe. Nothing could be further from the truth. They make roads dangerous in the first place, by forcing us to live and die by priority, instead of letting us live and let live by equality.

Founded by Martin Cassini, video producer and campaigner, Equality Streets opposes regulation which contrives conflict, dictates our behaviour, and deprives us of choice. To avoid more needless deaths on the altar of the malign current system, reform is vital. 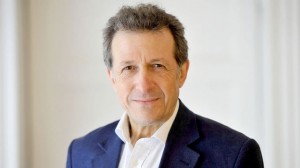 Traffic control seeks to achieve safety through coercion. At multi-lane junctions at peak times, signals may be necessary. But otherwise, they should be a last resort. We are better off left to our own devices, on a level playing-field with equal or no priority. “We can work it out!” 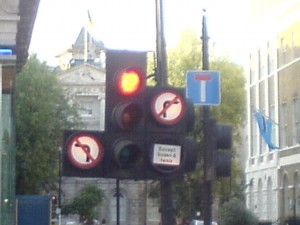 Most traffic regulation is a vicious circle with a dead end. It champions AUTOcracy over DEMOcracy. Most urban junctions could be thriving civilised spaces, but they are dehumanised by a traffic system which degrades the public realm and discriminates against the vulnerable. Government abdicates responsibility for roads policy to technocrats. Technocrats remove responsibility from where it belongs: the individual, uniquely equipped to negotiate safe movement.

What about the maniacs? Why hobble the vast majority of sensible drivers with lowest common denominator, one-size-fits-all rules devised to catch the hypothetical deviant who operates outside the law anyway?

Deregulation is not enough on its own. It needs to be combined with driver re-education and a new driving test. The new test would embody the change from priority to equality. It would incoporate cycling proficiency as a mandatory component. Before getting a driving licence, learners would have to get a riding licence. In this way, drivers would appreciate the experience of using two wheels on the road, instead of being distracted by useless, expensive road signs telling them to THINK BIKE!

Equally essential components of comprehensive reform: roadway redesign to express equality and a social context; and legal reform, which would put the onus for road safety on the driver.

What could be achieved in terms of safety, efficiency and quality of life through reform along these lines is unlimited. Instead of billions spent shaving half-an-hour off a train journey from London to Manchester, which does nothing to connect rural areas to the network, investment in infrastructure should go on making roads fit for people. (“FiT Roads” was an earlier name for this campaign. FiT also stood for filter-in-turn.)

Based on a trust in human nature rather than an obsession with controlling it, Equality Streets could launch an era of peaceful co-existence on our roads, with transformational gains across the board. It could provide kind spending cuts of £50+ billion a year, and growth with thousands of new jobs redesigning and re-engineering the public realm.

“Technology must be the servant of man, not its master.” E.F.Schumacher

“Everything that counts cannot always be counted, and that which can be counted doesn’t always count.” Albert Einstein

If you wondered what Franka Potente is doing here, this post is the pretext.