The first photo – a real sign in London W1 – represents traffic control taken to its logical, absurd conclusion. No left turn, no right turn, ahead a dead end, yet still it has traffic lights. Is traffic regulation part of the solution, or the root of the problem? 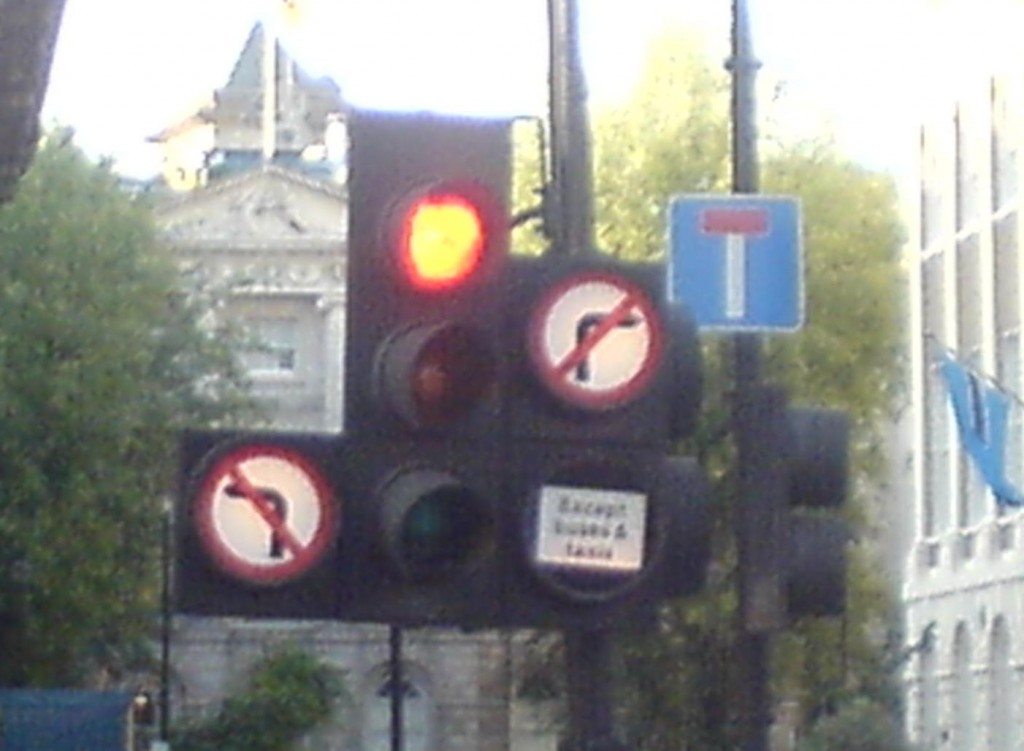 Now change is afoot. Crossrail has requisitioned part of Davies Street where it meets Oxford Street. So Davies Street is closed. The no-left and no-right turn signs have gone. Yet still the traffic lights burn. 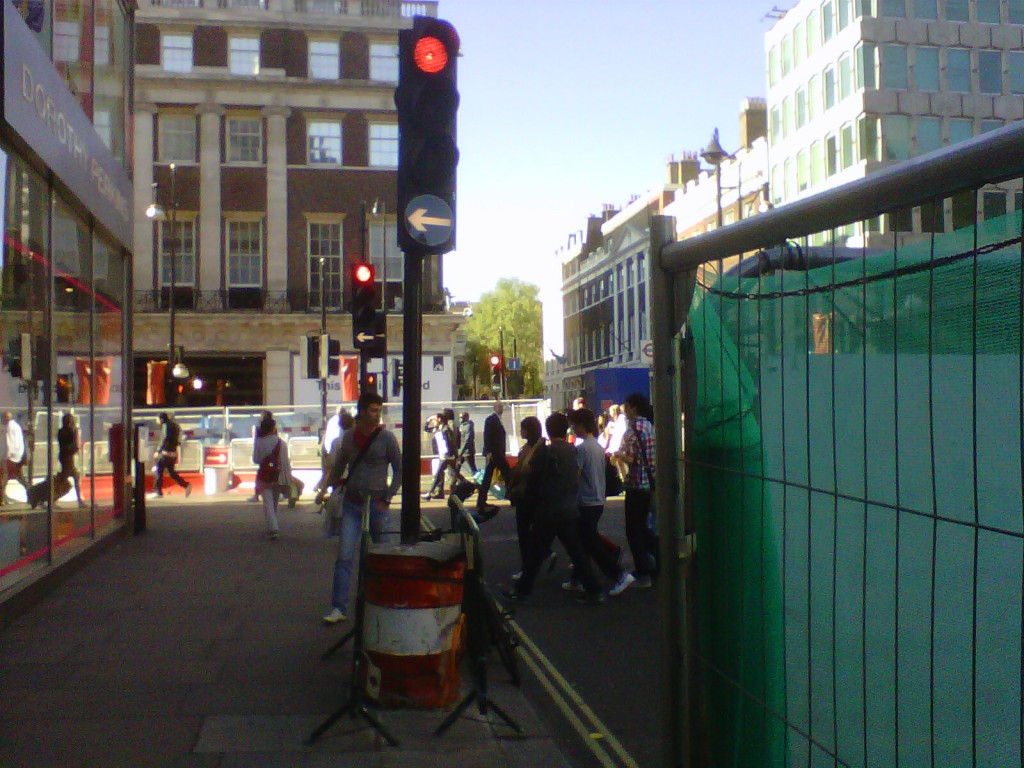 And they saw the need to provide a sign. 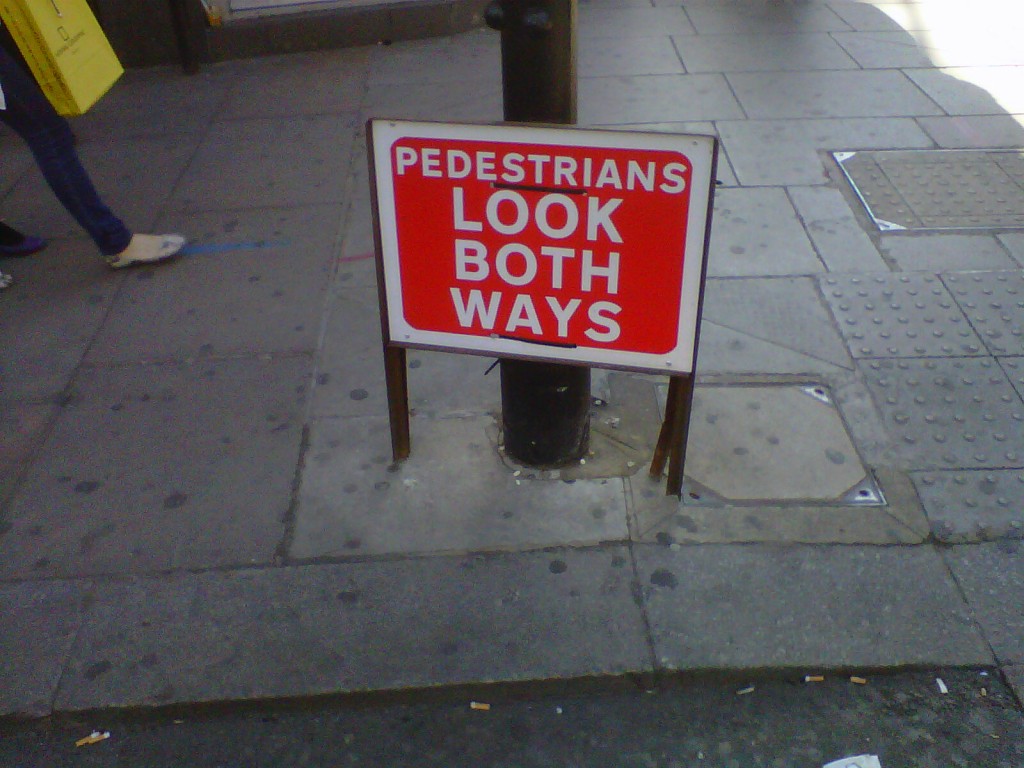 Even though the road is closed. Anything more pointless, anyone? 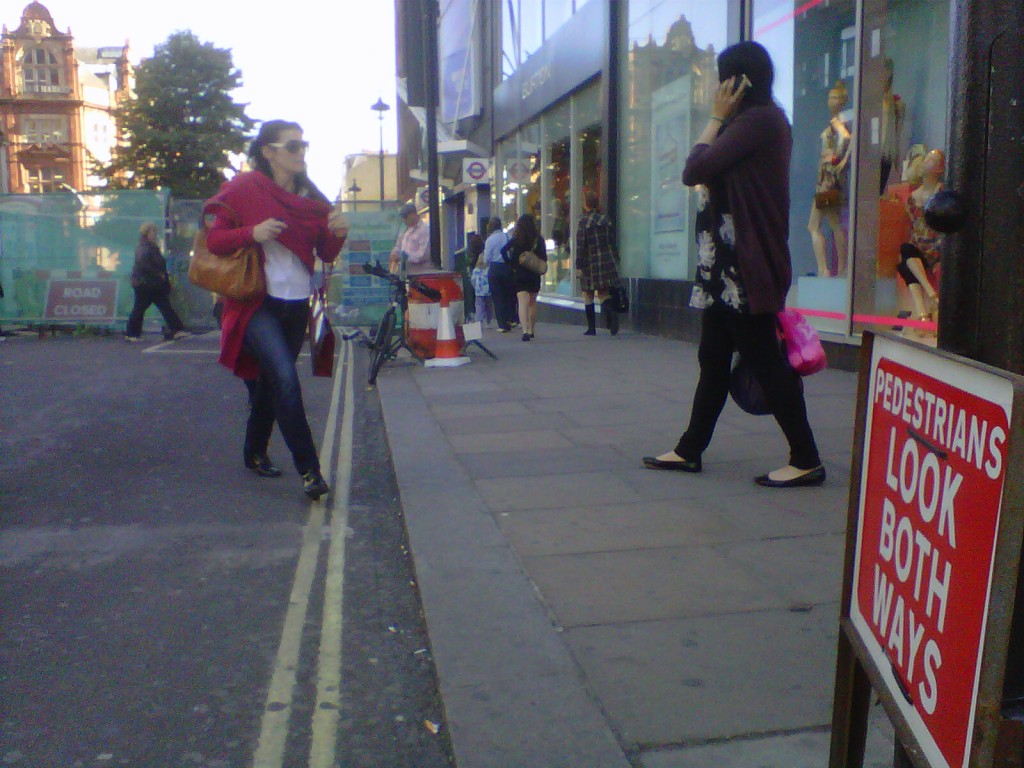 Next photo is a 24-hour bus lane going south – out of town – over Lambeth Bridge. Beyond the traffic light-infested roundabout on the other side of the bridge, which creates further obstruction to traffic flow, Lambeth Road continues with a 12-hour bus lane (7am to 7pm). To the right of the bridge, on Albert Embankment, another bus lane operates for six hours (7-10am and 4-7pm – to my mind, the only remotely acceptable hours of operation). So within pea-shooting distance of each other, there are 3 totally different hours of operation. Once I was caught by a camera in the 12-hour section. Of course I appealed, enclosing photos and critique, and the ticket was cancelled. But how many drivers are trapped by these bozos, how much illicit revenue do they raise (it might be legal, but it’s illicit on grounds of reason and morality), how much extra fuel is used, and how many tonnes of extra emissions are generated by this rampant over-regulation? 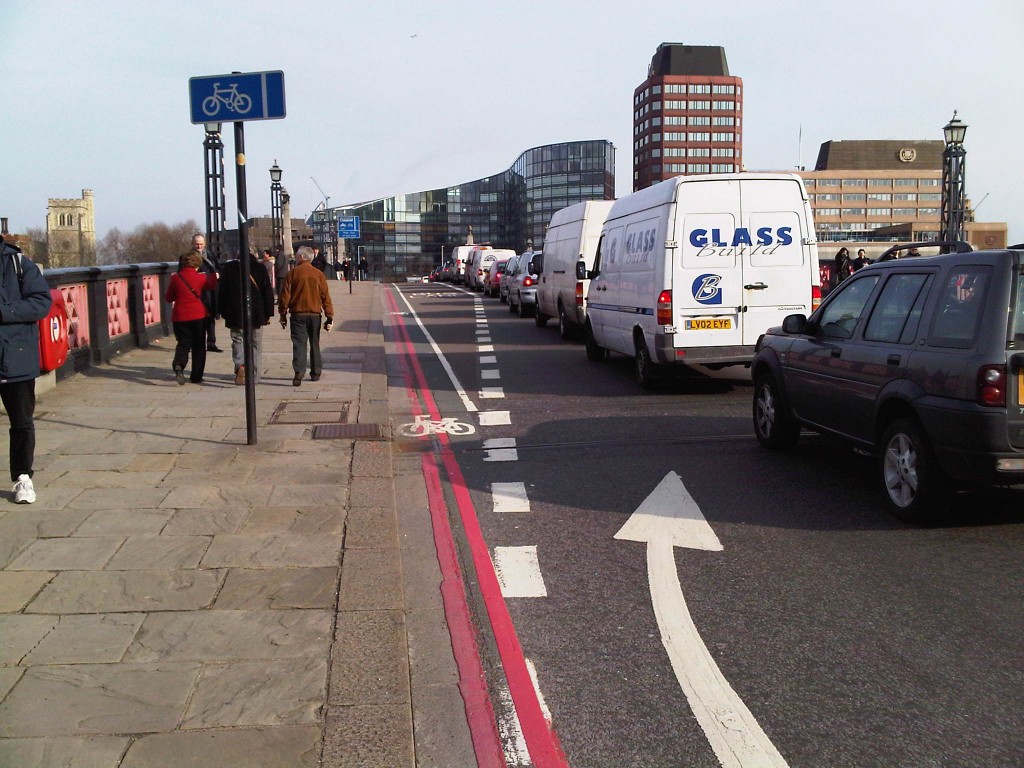 Next: the 6-hr bus lane on Albert Embankment, south of the river, towards Waterloo, Lambeth Bridge ahead. 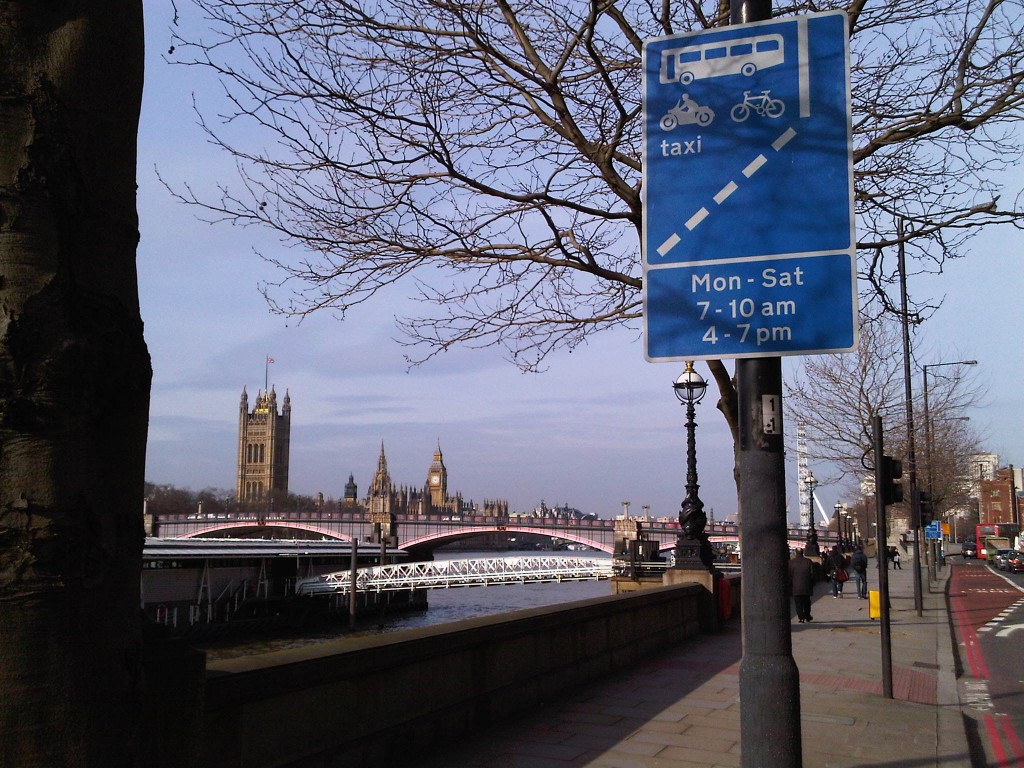 Next photo is taken looking towards the south side of the bridge, near where I was caught at the end of the bus lane one mid morning. That’s Millbank Tower in the distance and my bike in the foreground. 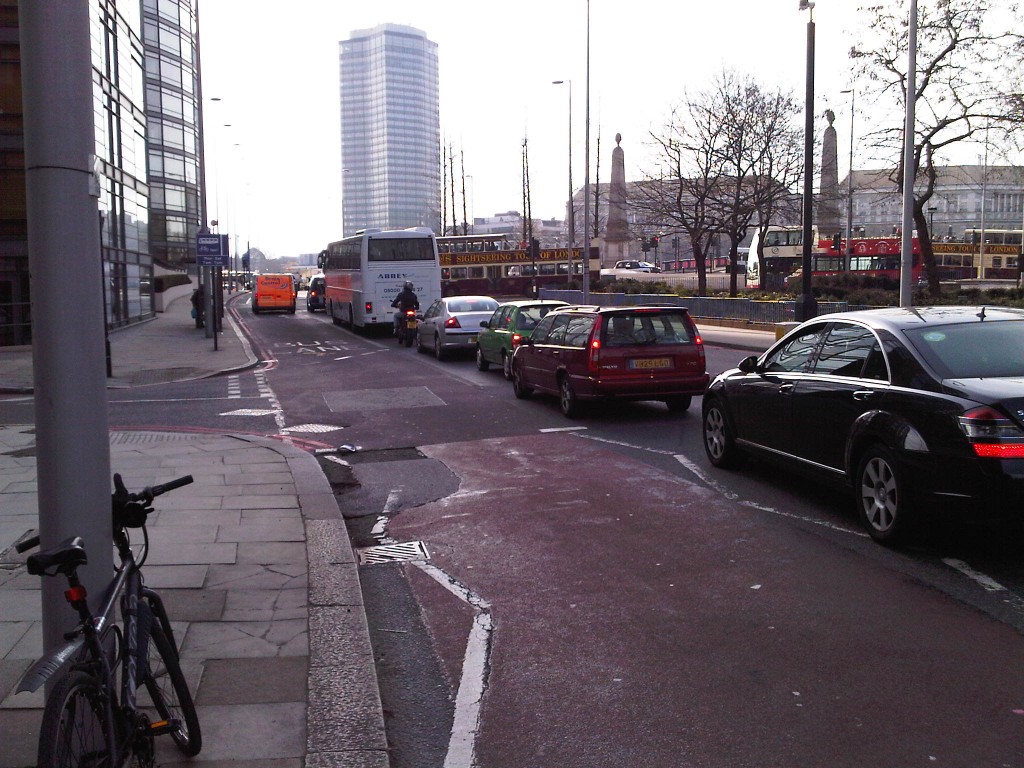 Next photo shows lunchtime congestion at the roundabout on the south side of the bridge. Traffic lights on every leg of the roundabout prevent traffic from filtering on opportunity, so it sits there, caught in a trap devised by the traffic experts. 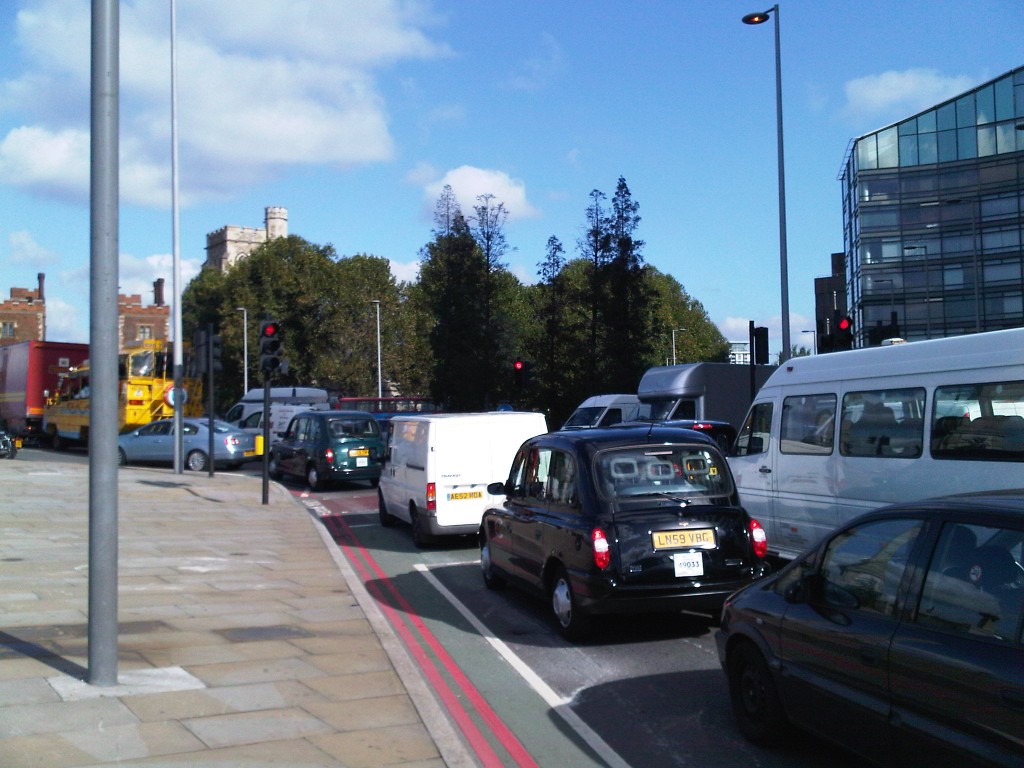 Another angle on the same roundabout, Lambeth Palace ahead: 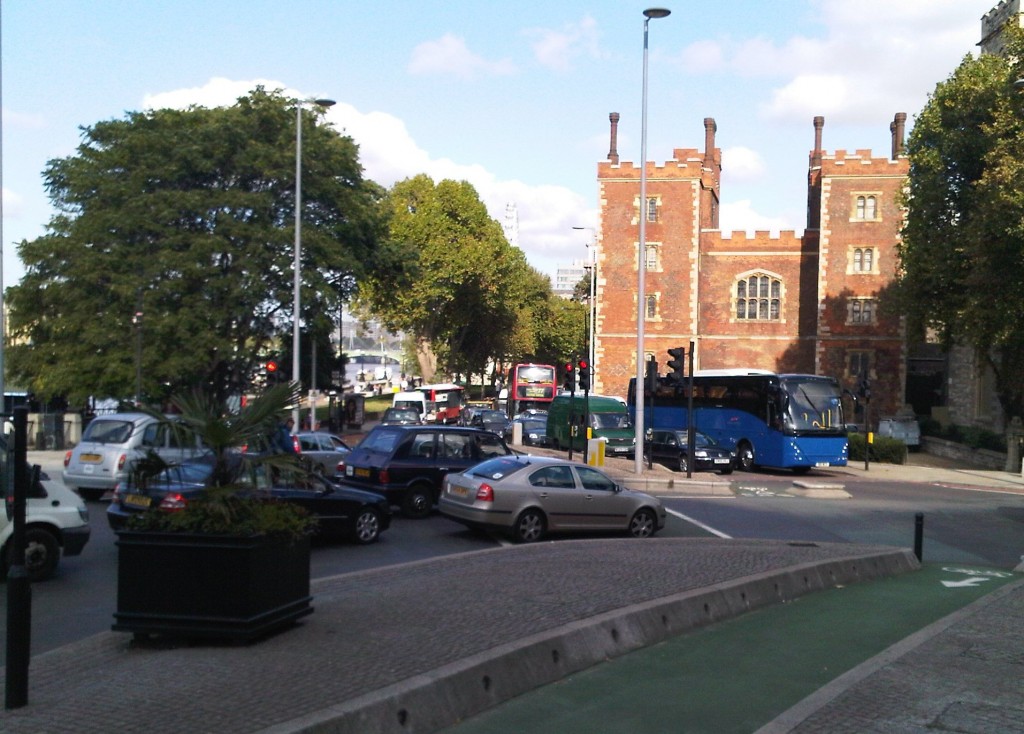 Why do we “need” lights at roundabouts? To break the priority streams of traffic from the right. Replace priority based on direction of travel with equality based on time of arrival, and the “need” for lights would disappear, as would the congestion.

Next pic is taken from the top deck of a bus (a view probably never seen by Elsa Pataky – she misses out too!): New Kent Road into Bricklayers Arms roundabout. This is one of countless examples of traffic held at red when there is no conflicting traffic. There is NO excuse or justification for 24-hr signals. Yet the faceless technocrats impose it, the policymakers and politicians do f+ck all about it, and we have to suffer it. 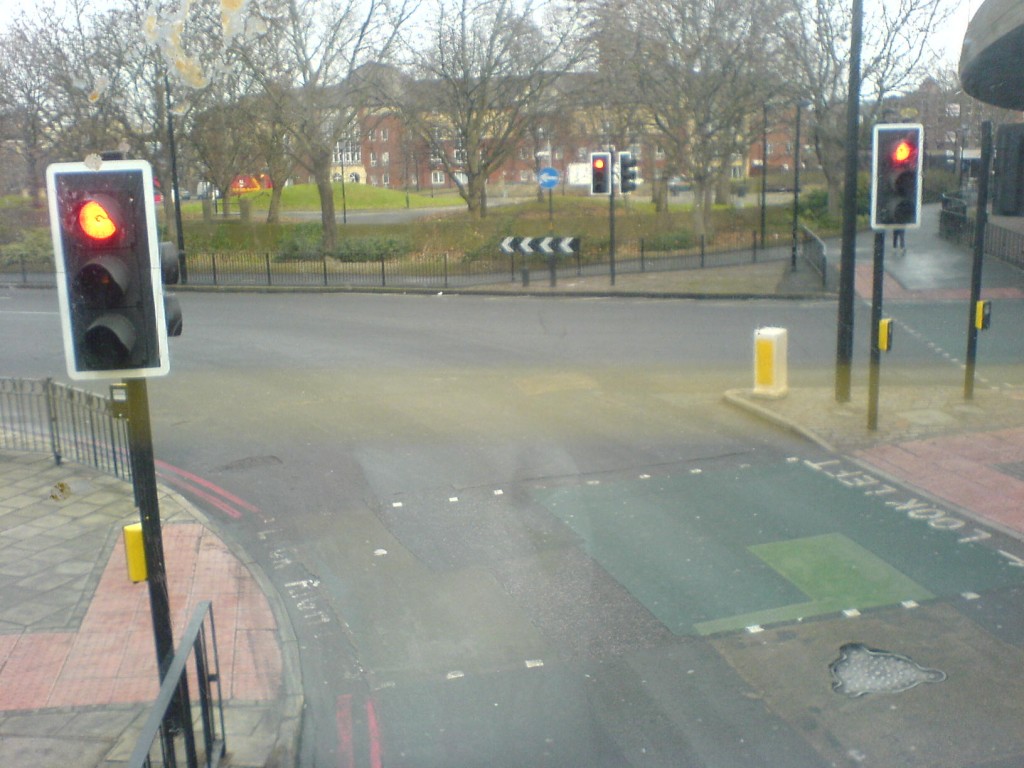 It was a considerable wait, with plenty of time to take another photo: 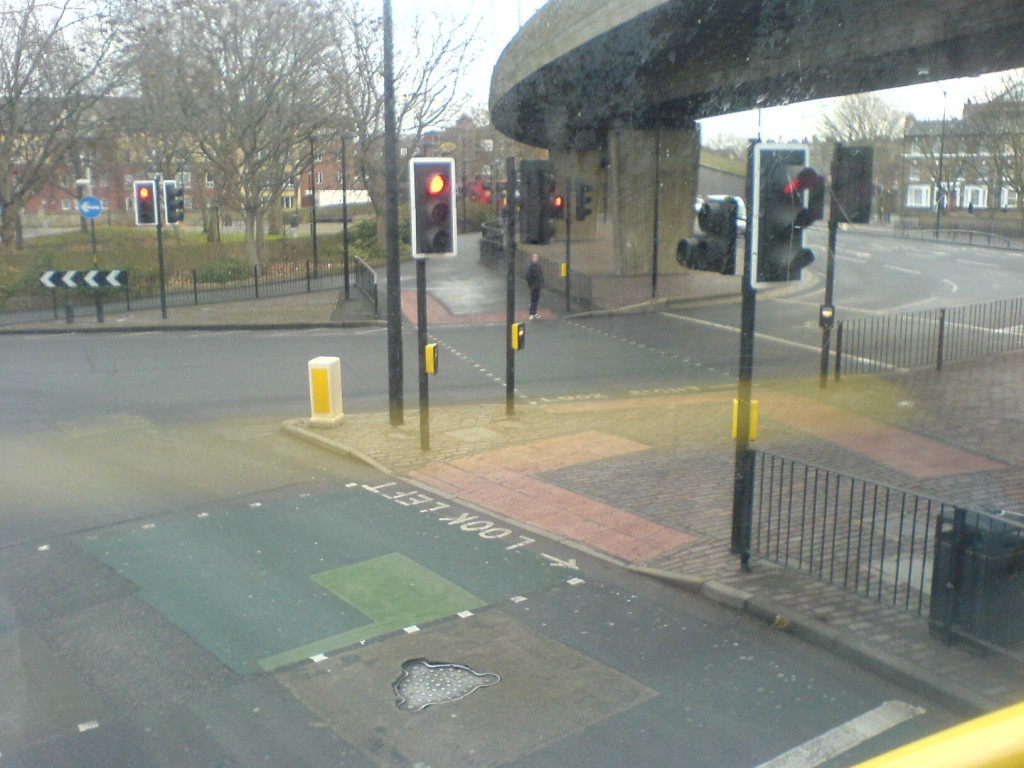 Bristol one-way system: 24-hr lights block traffic flow and cause needless delay. This static (as distinct from running) scandal is repeated ad infinitum up and down the land … 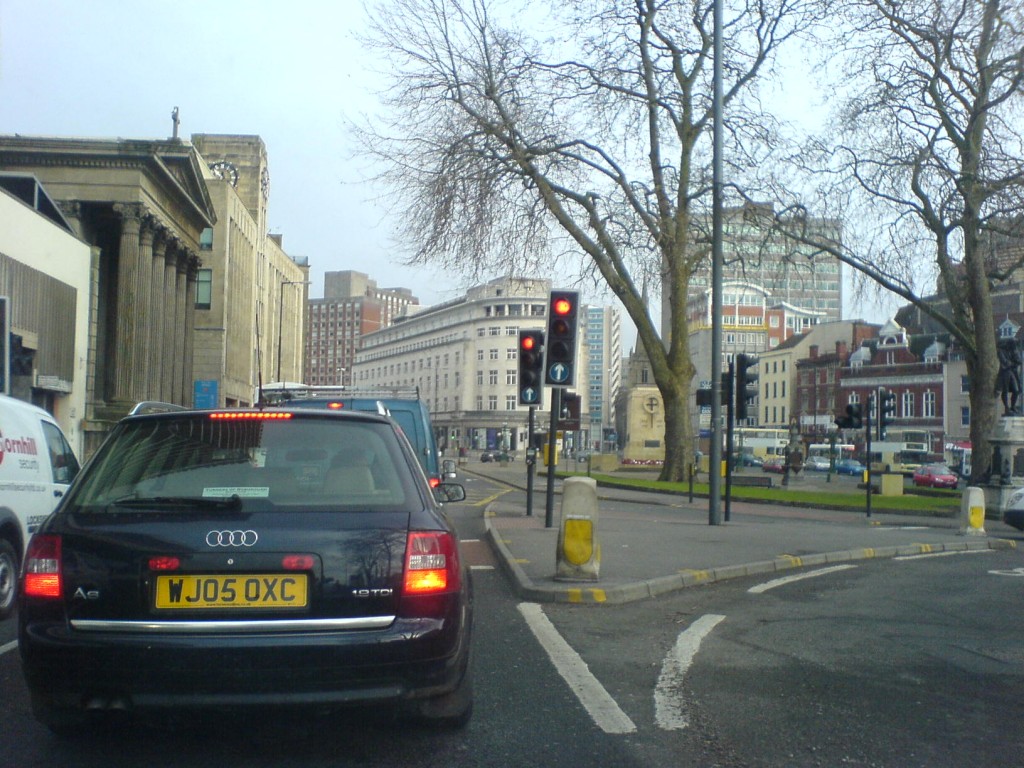